The Illegality of the Covid Rules

The New Zealand Outdoors Party is stunned that the government proceeded with strict lockdown rules and threats of prosecution despite preliminary Crown legal advice that its plans were unlawful.

The lockdown rules prohibiting outdoors activities such as swimming, fishing, hunting and boating were very wide. “I could not understand how solitary outdoor activities could spread a virus.” says NZ Outdoors Party co-leader and lawyer Sue Grey. “It was frustrating looking at the calm water across the road from my home, and being told it was suddenly illegal to paddleboard or kayak there”.

As more evidence became available, it became clear that early Covid models had greatly exaggerated the risks. Grey started researching and quickly found that the powers relied on to prohibit outdoor activities only applied to congregations. “The law made sense. The government’s notices did not” says Grey.

Grey sent her analysis to the Prime Minister and Attorney General and asked them to explain if she was wrong.  After receiving no reply, she went paddle boarding. “It’s important to walk the walk to stand by your beliefs” says Grey. “It shook me that our long established rights and freedoms suddenly felt so fragile. I took a pile of legal analysis with me in a plastic bag, in case I was “dobbed in” or challenged by the Police. It has shaken me even more to now learn that our Prime Minister and government appear to have deliberately misled the public. How dare they encourage people to “dob in” others for breaking fake laws. It’s fundamental to the rule of law that the government must obey the law. The failure to do so is tyranny.”

The New Zealand Outdoors Party has released a series of press releases and videos, and sent a series of correspondence with Attorney-General David Parker and Crown Law, asking for release of legal advice in the public interest. It’s very important that the public understand the process and advice relied on by the government, and what respect the Crown gives to the law. “How can the public be expected to comply with rules when there are doubts about their legality, and whether the Crown is misleading us” says Sue Grey.

New Zealanders were told to stay in their homes under threats of prosecution if they went outdoors to enjoy activities. As a result trampers, boaters, hunters, fishers and many other outdoors people missed much of the prime autumn season.  People seemed afraid to question authority. Perhaps it was the government messaging that was designed to make it feel unpatriotic to ask questions. Even national representative hunting and fishing bodies acquiesced.

“We should always feel safe to ask questions”, says Sue Grey. “If we don’t step up and exercise our freedom of speech and other rights and freedoms, they will be eroded. We cannot allow the scenario where people feel they will be punished if they don’t stay silent.  Even with well intentioned and principled rules, there can be an overreach of authority. If rules cross this line, they become an abuse of power. We all need to step up and take back our power.

I’m still waiting for the Prime Minister and Attorney General to reply to my request. We’ve only seen Crown advice leaked by a brave whistle-blower. The longer they take, the more it suggests they have no firm legal foundation for their actions.”

“It is fundamental to a democratic society that the government must obey the law. The legal basis for the Crown to interfere with our rights and freedoms should be very clear. It’s extremely concerning that the Crown appears to have shopped  around for legal advice to try to justify its actions. I was suspicious when the Prime Minister encouraged members of the public to “dob in” New Zealanders who engaged in these activities. This is so contrary to our Kiwi culture. It now appears that the government knew there was no sound legal basis for their rules and the Prime Minister incited false arrests by the Police.

We are in new constitutional law territory here. No doubt much more will unravel in coming days.

It’s already created an interesting situation for Minister of Health David Clark who was rebuked for flaunting the fake laws. Even more concerning is the position of those who were arrested or prosecuted for breaching these fake laws.  “Let’s hope the government promptly steps up, reviews its position and withdraws all such charges”, says Grey.

President & Co-Leader Alan has dedicated a lifetime of involvement in outdoors political issues. He’s sat on a number of national body executives, boards, NGO and management groups, including the NZ Professional Hunting Guides Association, Electricorp Environmental Management Board, NZ Federation of Freshwater Anglers and the NZ Professional Fishing Guides Association. Many will know him through his website, the hugely popular New Zealand FishnHunt forum. 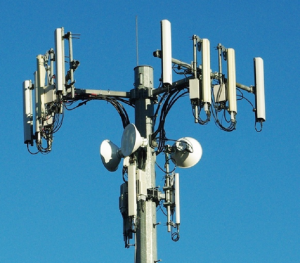 “People were angry about new cell towers well before the covid-19 became an issue. It is not surprising that people feel frustrated when dangerous and 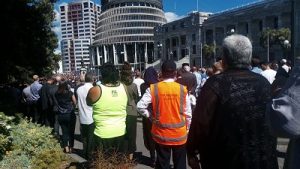 The 2020 Election Must Go Ahead As Planned 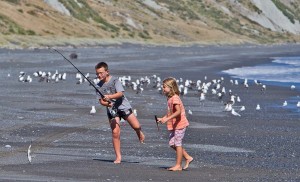 Rioting in the streets or Paradise in the Great Outdoors

Press Release.  5/04/2020 Rioting in the streets or Paradise in the Great Outdoors Alan Simmons co-leader of the NZ Outdoors Party says tensions are at

Get Party Updates From Co-Leader Alan